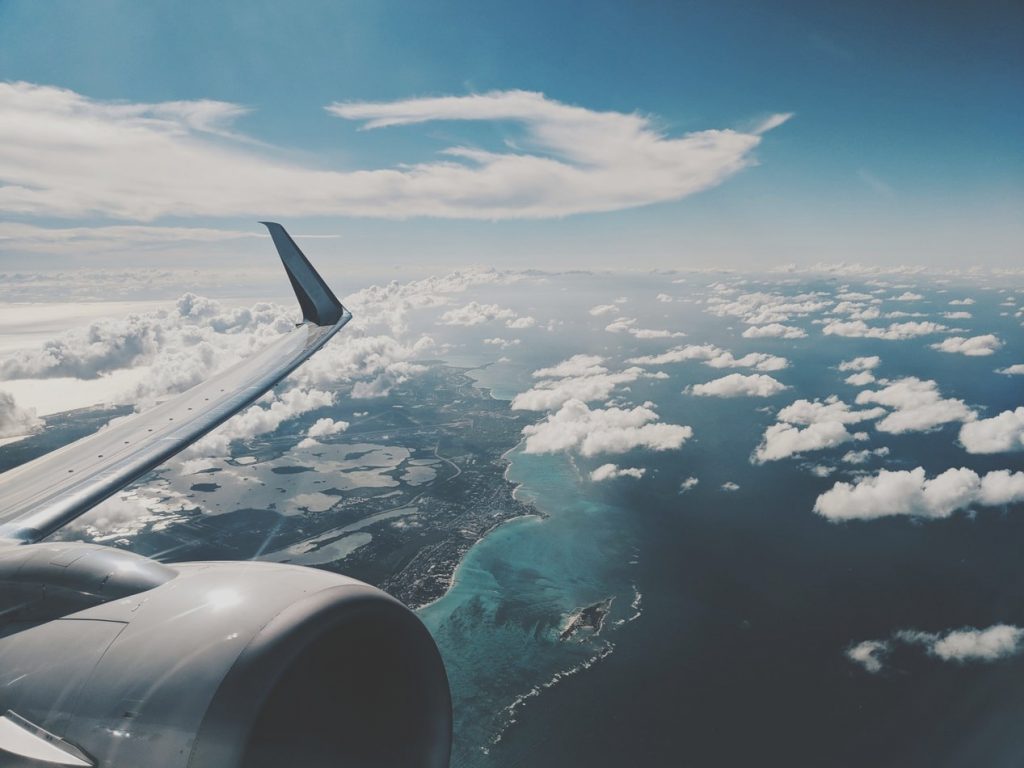 Soaring to new heights literally and figuratively? Los Angeles International Airport (LAX) permits travelers to bring small amounts of legal cannabis through security in their carry-on bags. LAX allows passengers to take cannabis products with them as long as they are traveling to a state that has legalized marijuana. Is LAX, well, lax compared to other U.S. airports’ enforcement of cannabis laws?

Seattle-Tacoma Airport also allows adult passengers to carry cannabis in amounts at or under the state’s legal limit. Amnesty boxes have been installed in other airports in states where recreational cannabis is legal, including Colorado Springs Airport, Aspen Pitkin County Airport, and McCarran International Airport in Las Vegas. These “cannabis amnesty boxes” appear at Chicago’s O’Hare and Midway airports as well. The boxes are available at TSA checkpoints so that you can dispose of your cannabis products and paraphernalia prior to getting on an airplane.

Traveling back and forth between Colorado and other states, I encounter TSA agents who’ve asked to search my bag, and they found a lighter that is not permitted to be on a plane. At the same time, they also came upon cannabis products, like a small bottle of gummies or a caviar joint. After completing their search, they always do the same thing; unlike other items, where they put it back in the bag, the TSA agents hand it to you, and watch you put it back and go on your way.

Cannabis is becoming normalized, the stigma is subsiding, and the steady decriminalization and legalization is opening doors for cannabis tourism. But just because cannabis is legal in a growing number of states doesn’t mean federal agents will look the other way if they discover the plant in your carry-on at airport checkpoints.

This is why we we need a rational, national cannabis policy. Even airports may not be consistent when they are acting outside the law. Remember, any time there is an inconsistent application of law, it will always impact people in unique ways based upon their ethnicity. Me, a white guy, would get, “Mr. Corless, can you hold these joints while we search your bag?” But a man of color, would get, “Sir, is this a joint in your bag? Cuff him!” You get the idea.

Flying with cannabis is illegal under federal law, regardless of state rules. If you’re confused, you’re not alone. Mixed messages abound in the U.S. when it comes to cannabis legalization, which is an inaccurate term. Federal law states that cannabis is illegal, which means travelers cannot carry their cannabis products on flights, even if it’s legal in the departing and/or arriving state.

We’ve got such a conflict right now between states that have legalized cannabis for either recreational or medicinal use and the federal requirements that continue to make it a Schedule I controlled substance that is illegal. Under the Controlled Substances Act, cannabis has been classified in the same group as heroin, LSD, and ecstasy.

Planes themselves are subject to federal law, which means you could still face fines or detention for carrying pot, even at LAX. The same is true in Nevada. While it is legal to possess up to an ounce of marijuana in the state of Nevada, a superseding local ordinance deems it illegal at McCarran International Airport.

Travelers navigating through airports in states where marijuana has been legalized must traverse a hodgepodge of conflicting federal and state laws and enforcement policies that differ from airport to airport.

While TSA agents might not actively search for cannabis during security screenings at checkpoints, agents are obligated to report the discovery of any drugs or substances that are illegal under federal law, like cannabis.

I’d direct all plane passengers to consider this sobering fact: Imagine how much chiller and calmer TSA, pre-boarding, boarding, and air travel would be if people were high. Turbulence, passengers reclining their seats into your lap, and the lines at TSA would be much more palatable. Happy passengers, happy law enforcement agents and flight crews.