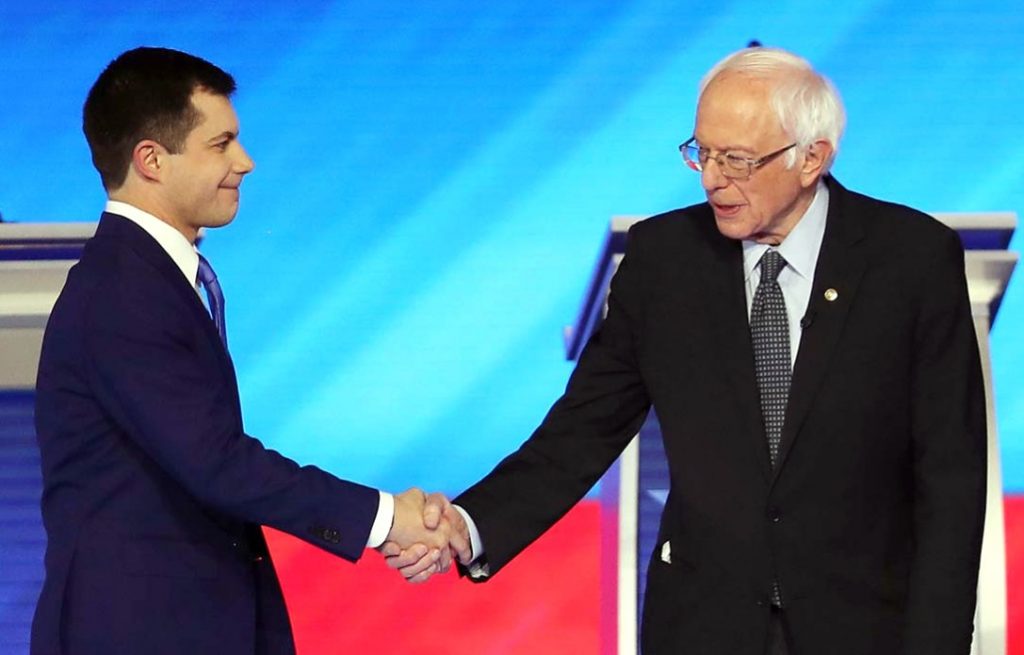 Senator Bernie Sanders captures enthusiasm and electricity. Former mayor Pete Buttigieg gives us a dose of nostalgia and charisma, which is reminiscent of the kind of charm a young Senator Barack Obama exuded. These accidental rivals are facing off in a contest no one saw coming – not even former Vice President Joe Biden.

As we enter the heart of election season, we’ll know which major party candidates will be squaring off to become president of the United States, and get an in-depth look at how those candidates would tackle a number of important issues, including cannabis.

Let’s start with the obvious pro-pot candidate.  Sen. Bernie Sanders recently said at a rally in Cedar Rapids: “On my first day in office, through executive order, we will legalize marijuana in every state in this country.”

After promising to expunge the criminal records of those arrested for pot possession, Sanders vowed to give industry control to minority communities that disproportionately suffered arrests and incarceration in the War on Drugs. Sanders emphasized it would be important for his administration to end cannabis prohibition in a way that helps communities harmed by the drug war’s enforcement.

Is it a pipe dream for Sanders as president to accomplish unilateral federal legalization of marijuana just hours after he is sworn in? Could he actually legalize cannabis in all 50 states on his first day in office? May states continue to maintain a different schedule for a substance than a federal schedule?

The use of executive orders as tools at the start of a presidency is common but there are challenges associated with a president moving to unilaterally remove cannabis from the Controlled Substances Act that involve coordination with the Department of Health and Human Services, the Food and Drug Administration, and the Justice Department.

Former South Bend, Indiana Mayor Pete Buttigieg included decriminalizing possession of all drugs in his racial justice and mental health plans.  However, he faced intense questioning at the Democratic debates over his time as mayor in South Bend when arrests of black people for marijuana possession were four times higher than that of a white person.

The mayor, a military veteran, said he’s also met a lot of other veterans who rely on cannabis for treating issues connected to their service like post-traumatic stress disorder. He said any “legitimate medical use” of cannabis should be covered by health insurance.

Who can beat Donald Trump in 2020? Many voters prioritize beating Trump above all else, and that’s not a bad thing. I urge you to watch the debates, listen to the candidates, and make an informed choice for you and your family.  For many of those reading this, I know you don’t want an Election Night 2020 that feels like Groundhog Day. Get woke to the issue of cannabis legalization, which has important civil rights, human rights, racial, financial, and social ramifications.