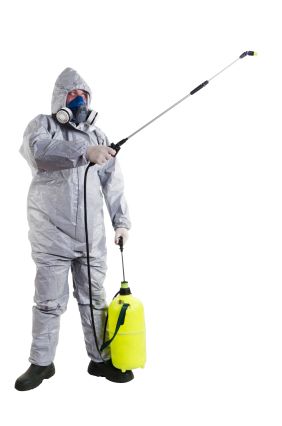 The deadliest creature on earth, the anopheles mosquito, is responsible for more than 300 million cases of malaria each year, and causes between one and three million deaths according to Science World British Columbia.  When mosquitoes, venomous snakes and rabid creatures threaten human lives, we unflinchingly exterminate them.  Similarly, proponents of capital punishment insist that when a human being engages in the loathsome act of murder, we must take the assassin out of the equation.

After listening to my guests on Newsmunchies radio during the course of a two-part series on capital punishment that aired April 14 & April 21, I theorized that what people were really doing was equating murderers with diseased animals.  If you accept the premise that killers must be executed to prevent them from taking another life, you are preaching from a philosophy that has nothing to do with deterrence or retribution.  Instead, the suggestion that murderers must be killed so that they cannot slay again refers unapologetically to the concept of the death penalty as pest control.  Once we admit capital punishment is about eliminating a hive of degenerate human nuisances, we can have a fruitful discussion about whether the death penalty as pest control actually works.

We kill mosquitoes not as punishment for spreading the West Nile Virus but because in fact they do spread a deadly disease.  When civilized people commit the ultimate violation of humanity, murder, they revoke their human-ness and liberties because they do kill.  When we say the death penalty is pest control, it is the same thing as saying a murderer cannot be rehabilitated, he or she will never be of value to society, and his or her actions are so alien to us rational humans (most of the time) that the murderer must be destroyed.  Therefore, a homicidal psychopath who runs amok in a movie theater and elementary school with a gun, and who shows every intention of doing so again if permitted, should be put to sleep like an anopheles mosquito.  You do not have to be Bill Nye the Science Guy to reach that scientific conclusion.

The death penalty may be the only fitting justice for certain parasitic vermin like pedophile child killers, serial killers, terrorists, and gangsters.  But the death penalty as pest control cannot work when blameless people die by lethal injection.  John Murphy, the Executive Director of the Ohio Prosecuting Attorneys Association directly commented on Newsmunchies radio that if faultless people are killed as a result of an imperfect death penalty scheme, the death penalty should be repealed.  Accordingly, when you kill an innocent person, you destroy the human ecosystem, something that should get you really buzzed-off.

One thought on “The Death Penalty as Effective Pest Control?”