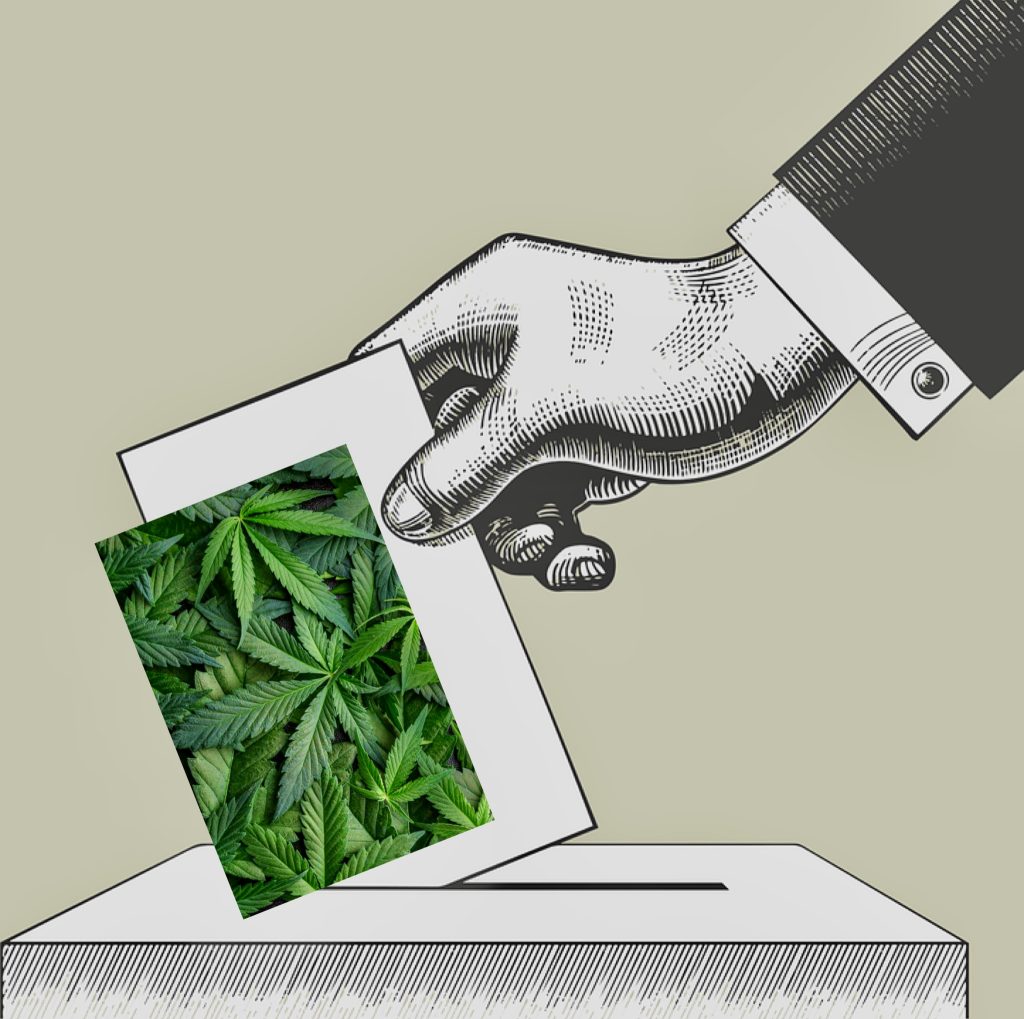 Improve access and reverse the disastrous War on Drugs.  I think that’s the goal when it comes to state-led ballot initiatives that seek to legalize adult-use cannabis in Missouri and Florida.  Voters must disrupt the criminalization of cannabis in individual states because federal legalization is still a pipe dream.

Two initiatives that directly affect states that have shaped my life – Missouri, my home state and Florida, where I currently reside – are at the center of Election 2022 and Election 2024, respectively.  While the fate of these petitions is unclear, adult-use cannabis legalization should electrify the electorate as legalization taps into critical economic, health, racial, and criminal justice reform issues.

When I was 21 years old, I moderated a public debate (doing my very best to conjure media personality Phil Donahue) in Middlebush Hall at my alma mater Mizzou between a professor of criminology, who was in favor of drug legalization and a special agent from the DEA, who opposed legalization.  We filled the hall with thousands of people, and most of those present supported the legalization of cannabis, even in 1988.  I did my best to make it seem like a divided question, and we all took our fantasies of legal weed home for later.

Show Me State voters will have an opportunity to vote to make my dreams come true on whether to legalize adult recreational marijuana on November 8, 2022.  The petition asks voters if they wish to amend the Missouri Constitution to remove bans on possessing, consuming, delivering, manufacturing, and selling marijuana for personal use by adults over the age of 21.  The initiative also includes automatic expungement for people who have nonviolent marijuana-related crimes on their record.  Let’s be honest: Missouri is a state built on innovating products sold to everyone, from corn, beef, pork, and now maybe cannabis but only if you get to the polls and vote for it.

Missouri’s Secretary of State Jay Ashcroft recently announced that the petition submitted to place the cannabis initiative on the ballot had been approved.  Legal Missouri 2022 gathered 400,000 signatures in an effort to qualify Amendment 3 for approval.  Medical marijuana was legalized in Missouri in 2018 by nearly two-thirds of voters.  In 2020, Kansas City decriminalized marijuana possession, meaning that KC police aren’t supposed to arrest you for a city crime of marijuana possession, but they could still ticket you or arrest you for violating state laws or for distribution.

Turning south to the Sunshine State, Florida’s largest medical marijuana company – Trulieve – is backing a proposed amendment from the Smart & Safe Florida political committee to legalize the recreational use of marijuana in 2024.  The proposal would allow people aged 21 and up to possess, purchase or use marijuana products and marijuana accessories for non-medical personal consumption.  The initiative would not authorize Floridians to grow marijuana plants for personal use.

Florida voters passed a constitutional amendment in 2016 to legalize medical marijuana, and nearly 800,000 patients have been authorized for the treatment.  If voters sign off on the new proposal in 2024, lawmakers still would have final say on how the industry is structured, and remember, last year the Florida Supreme Court rejected two recreational cannabis initiatives.

Recreational cannabis is currently legal in 19 U.S. states and Washington, D.C.  It remains illegal under federal law and continues to be classified as a Schedule I substance under the Controlled Substances Act, meaning that it has a high potential for abuse and no currently accepted medical use. I believe Americans are ready to end the senseless and costly prohibition of cannabis.  Let’s get it done.