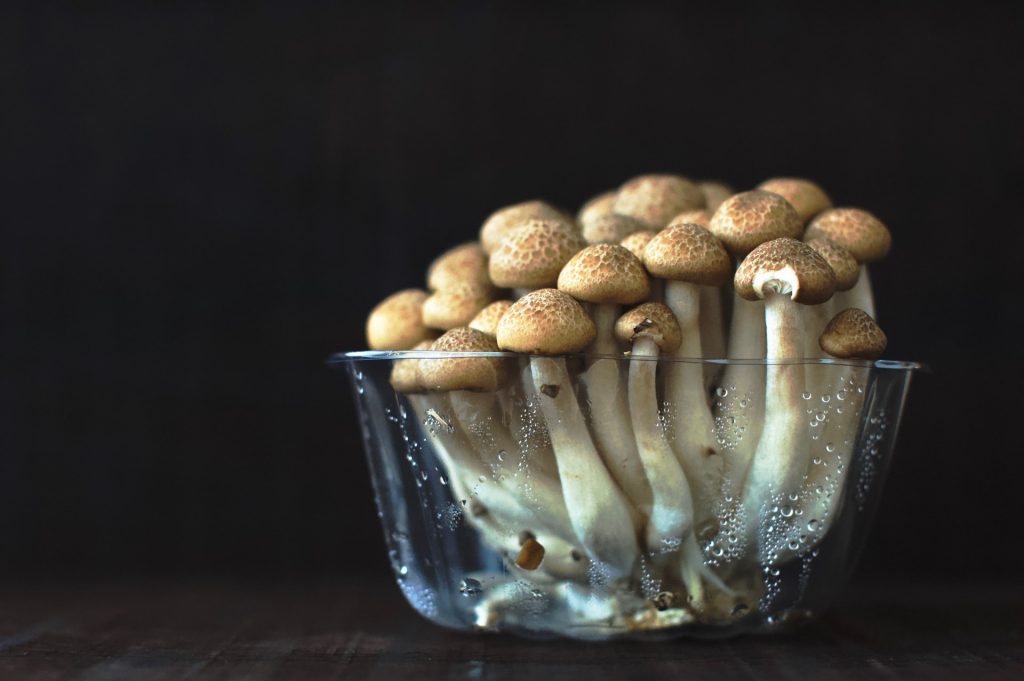 Every May, Mental Health Awareness Month focuses on bringing attention to how mental health plays an outsized role in our lives.  Thanks to groundbreaking scientific studies, we know magic mushrooms could be the future of mental health care.  Why is this important?  Our mental health powerfully influences our quality of life while affecting how we feel, how we relate to others, how we handle stress, and our decision-making abilities.  Whether it’s grief after the death of a loved one, PTSD, a generalized anxiety disorder, or schizophrenia, mental health comes in all shapes and sizes.

For some, magic mushrooms may help diminish the impact of mental health symptoms. For others, mushrooms could magnify existing desires and feeling. Case in point, a friend called to tell me he had an uncomfortable experience with mushrooms, commonly called “boomers,” even though he had taken them before.  After asking a few questions, here’s what he described: Any kind of psychedelic substance is very “state dependent,” which means the mushrooms find you as you are.  If you are in a happy place, they will make you happier.  But if you are in a place of anxiety, as he was, they can make you even more so. Getting into a a good mindset is essential, even if you are using them for treating otherwise debilitating mental conditions.

Clinical trials launched over the past two years using psilocybin to treat mental health disorders with close guidance of a psychiatrist have gained considerable ground.  There is convincing evidence that psilocybin may be a truly effective way to treat major mental illness because of the positive effects it has on the brain.  The concept has been around for centuries in some cultures but now the momentum has picked up as scientists have begun to champion the mushroom approach to mental health care.

Studies show that psychedelic-assisted psychotherapy may provide needed options for debilitating mental-health disorders such as PTSD, depressive disorders, alcohol-use disorder, anorexia nervosa, and more that kill thousands every year in the U.S., and cost billions worldwide in lost productivity.  Psilocybin could help in treating people whose depression has not responded to traditional antidepressants.  In short, clinical trials report positive results and there is an increased demand for psychedelic-based treatments, particularly for mental illness.  This is not about “giving the people what they want” rather this is about giving the people what is safe and effective.

Scientists found psilocybin works differently from traditional antidepressants by stimulating and rewiring brain pathways that are less active in the depressed brain.  Psilocybin changes brain circuits that have become locked into negative thinking patterns.  Mood improves within hours of the psychedelic trip and for many patients, the changes were still present up to three weeks later, and were linked to self-reported improvements in their depression.  That’s pretty groovy and fantastic evidence of psilocybin’s power to heal.

However scientists who want to study the impact of psilocybin on mental health disorders have limited leeway and resources.  Regulators must grapple with how to safely administer psychedelics for treating depression and PTSD.  Several states and cities in the U.S. are in the process of legalizing or decriminalizing psilocybin for therapeutic or recreational purposes.  Some jurisdictions nationwide have already enacted laws that decriminalize its use, including Denver, CO, Oakland, CA, and the state of Oregon.

Similar to medical cannabis, psilocybin’s illicit classification at the federal level negatively impacts scientist’s ability to observe and study it.  We need legislative changes in favor of psychedelics.  Therefore, one goal is for psilocybin to be approved for the treatment of depression by the FDA because currently, psilocybin is not legal, and people should refrain from self-medicating as doing so increases the risk of safety issues with dosing.  We will continue to track the evolution of research on psilocybin and see how policies change to accommodate these findings.