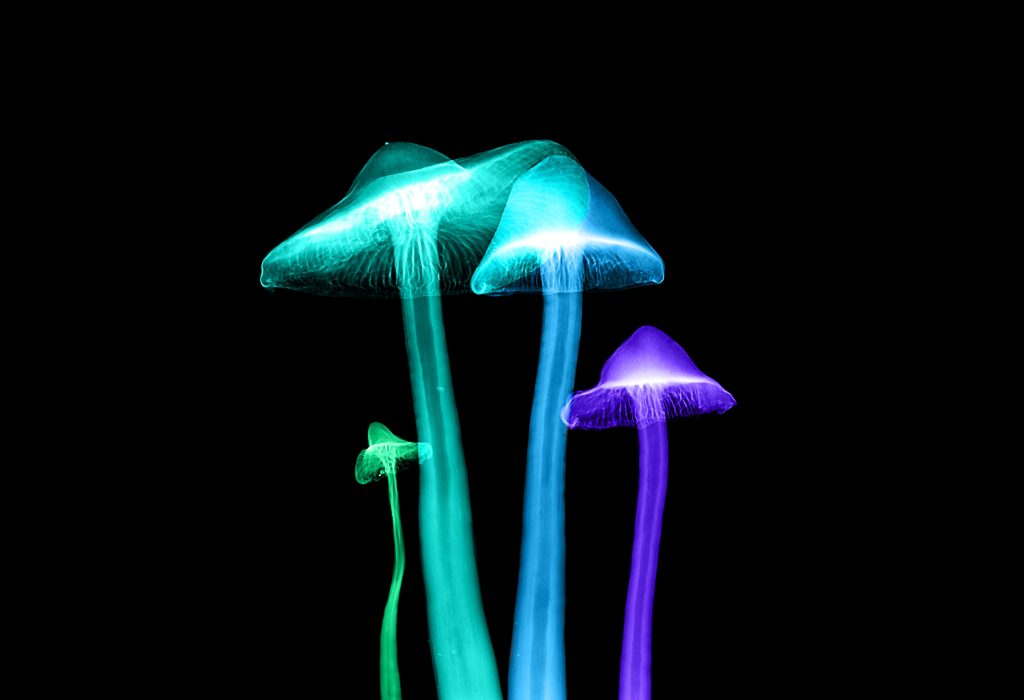 Psilocybin, the hallucinogen found in mushrooms, is known to relieve symptoms for those who suffer from hard to treat depression as well as other mental illnesses. As the active chemical in magic mushrooms, psilocybin is one of the most studied of the psychedelic chemicals found in plants and fungi, and it’s the most likely to become an accepted mental health therapy.  The implementation of psychedelics as medicine when used as part of an overall mental health treatment plan under the supervision of a licensed practitioner can provide transformative experiences for a better life.

We’re in the thick of Mental Health Awareness Month, a dedicated time to raise awareness of those living with mental or behavioral health struggles and the stigma that still exists surrounding mental health issues.  In fact, I find a lot of my work here at NewsMunchies is about reducing the stigma surrounding products and concepts, or at least label them as such.  The reason being, if we can reduce the stigma, we can realize more benefits from things like cannabis and psilocybin for humankind.

Israel is developing a modern approach to reduce mental health disorders with an experimental nasal spray that delivers psilocybin for those suffering from PTSD with focused and fast delivery.  Israeli biopharmaceutical company Madrigal Mental Care’s nano-formulation enables nose-to-brain delivery of biodegradable nanoparticles carrying psychedelics such as psilocybin.  This nasal spray delivery system can also be used to deliver ketamine, mescaline, MDMA, and other psychedelics.

Why a nasal spray?  Traditionally, psilocybin is taken in pill form to treat a variety of mental health disorders and substance use disorders.  Due to their powerful effect on the human brain, it is imperative to be able to deliver these drugs in a safe, efficient manner and in precise doses.

The need for better mental health treatments is considerable.  Nearly 1 in 5 Americans have a mental health condition with rates worsening due to the ongoing COVID-19 pandemic. The bulk of scientific research spearheaded by respected practitioners suggests that psychedelic drugs, such as psilocybin, hold significant promise as part of larger treatment plans necessitating some form of legalization down the road.  If anything, we need more treatment options like the nasal spray being introduced at the Biomed Israel Conference and Exhibition in Tel Aviv this May since the science of psilocybin is solid and it keeps getting better.

An increasing number of studies point to the advantages of using psychedelic drugs for the treatment of mental health disorders such as PTSD, depression, anxiety, anorexia, obsessive compulsive disorder, and even addiction.  Clinical research shows the efficacy of psychedelic-assisted therapy to treat mental health issues in candidates.

A big part of overcoming antiquated laws against the use of psilocybin has to do with the cultural issues associated with magic mushrooms.  It’s time to separate that stigma from science and use it to treat the massive mental health problems we’re facing today.  There must be a plan or program for regulated consumption.  I’m not suggesting that psilocybin is a panacea; rather, it’s a tool in our toolbox that needs to be studied with the help of laws reforming scientist’s access to the drug.