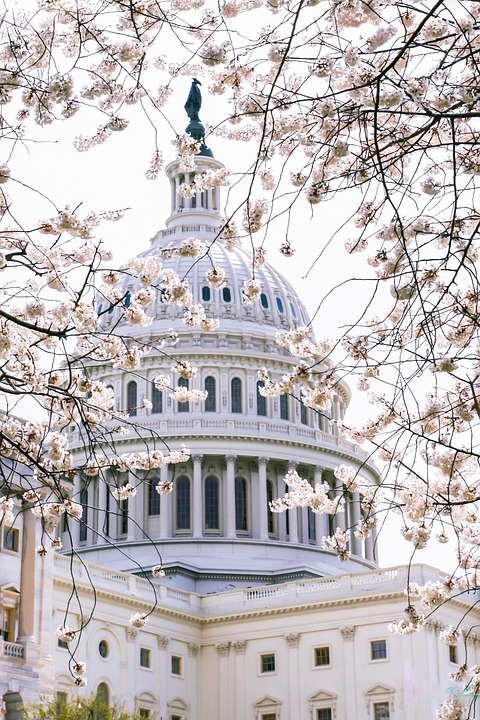 “If states are the laboratories of democracy, it is long past time for the federal government to recognize that this experiment in legalization has been a resounding success.” – House Judiciary Committee Chairman Jerrold Nadler

It’s an Easter egg hunt to figure out why the gulf is growing between federal prohibition of cannabis and state-led legalization programs that permit adult-use recreational or medicinal consumption.  Eighteen states and Washington, D.C. have legalized recreational marijuana and 37 states have legalized medical marijuana.  Hundreds of millions of Americans live in states that have legalized cannabis and yet it remains illegal under federal law.  This discrepancy has led to confusion, uncertainty, racism, inequality, and a lack of opportunities.

Is there hope on the horizon?  On Friday, April 1, 2022, the U.S. House of Representatives passed the latest iteration of the Marijuana Opportunity Reinvestment and Expungement (MORE) Act that would decriminalize cannabis at the federal level.  The MORE Act would abolish federal criminal penalties for those growing, possessing or distributing cannabis and expunge nonviolent cannabis convictions.  It would also institute a tax on marijuana sales, with proceeds funding programs to help communities impacted by the War on Drugs.  The bill wouldn’t require states to legalize cannabis but rather regulation would be left up to state lawmakers.

While the MORE Act cleared the House, the bill’s chances of success are slimmer in the Senate, where it would need the support of all Democrats and at least 10 Republicans to pass.  Passed with a vote of 220-204 in the House, the MORE Act does not have overwhelming bipartisan support, with only 3 Republican representatives backing the bill.  It’s now a wait-and-see game to learn if the Senate will adopt decriminalization reforms to bring the cannabis industry across the finish line.

Under the Controlled Substances Act of 1970, the Drug Enforcement Agency still classifies cannabis as a Schedule I drug, “with no currently accepted medical use and a high potential for abuse.”  Other Schedule I drugs include heroin and LSD, while cocaine is listed as a Schedule II drug.  You read that right, folks: Cocaine receives more favorable treatment than marijuana under federal law.  This has created a significant disconnect that many lawmakers are eager to reconcile.

Enforcement of marijuana laws initiated and then perpetuated by the War on Drugs has resulted in overincarceration and racial disparities, which are unmatched globally.  Criminalization has a lasting impact, as a drug conviction record limits an individual’s ability to work, find housing, and provide for their families.  As such, passage of the MORE Act would remove employment barriers for individuals with cannabis convictions and generate hundreds of thousands of new jobs as well as contribute to billions more in revenue.

The way I see it is that the U.S. federal government could bounce decriminalization and legalization back and forth for decades.  It allows one chamber of Congress to collect millions on both sides of a contentious issue, and then deliver what I refer to as “Unicorn Eggs.”  It’s as if saying, “Cool, you have unicorn eggs.  Now all you have to do is find a male unicorn.”

When will federal legislation catch up to the states?  It’s unlikely we’ll see meaningful change at the federal level for cannabis reform but that’s not to say we’re at an impasse.  If states are laboratories of democracy, that is power and strength.  The ability for states to successfully run their own cannabis programs makes them more responsive to the people they serve and the industry as a whole.  It’s not a perfect system, but until federal laws get with the times, it’s a satisfactory solution.