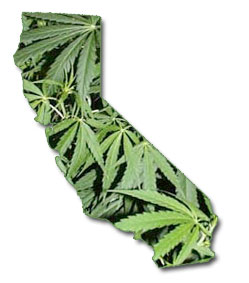 Suit-wearing consumers habitually flood cannabis expos and conferences across the country, from New York to California – with a sturdy stop in Colorado, of course – to purchase and examine oils, sprays, pills, drops, edibles, and vaping devices. We are at a tipping point regarding the legalization of marijuana, and the experience will only become exorbitantly heightened should California voters legalize recreational pot this November with Proposition 64. This news begs the question, will our rival’s biggest fears about marijuana legalization literally go up in smoke?

The most populous U.S. state may legalize weed. The California Secretary of State’s office recently certified that the latest effort to legalize marijuana had shown enough legal signatures to qualify for the November 8 ballot. If the measure passes, California will join Colorado, Washington, Alaska, and Oregon in the group of states that allow recreational use of cannabis.

California Secretary of State Alex Padilla confirmed that the legalization initiative exceeded the 402,468 signatures required to put the issue on the ballot. If voters approve it, the bill would impose a 15% sales tax on retail sales of pot with additional taxes on growers.

With a population of nearly 40 million people, and a thriving medical marijuana trade legalized in 1996, California already has the U.S.’s largest legal marijuana market. Legalization of recreational pot would generate an estimated $1 billion in additional taxes per year. If voters in November approve a measure to legalize and tax marijuana, California would be by far the largest state to allow marijuana for recreational use.

Let us reflect on what this means for a moment. The macrocosm of marijuana in California says to me that we are finally having an adult conversation about its history, politics, culture, and impacts for an enormous number of citizens. This headline comes at a time when marijuana is the focus of a pioneering history and science exhibit, ‘‘Altered State: Marijuana in California,’’ a show at the Oakland Museum of California.

Cannabis remains the most commonly used drug at the global level, with an estimated 183 million people having used it in 2014. “California really is the linchpin for hemispheral legalization,” said Allen St. Pierre (executive director) of NORML.  Where it goes, do others (including the DEA who has agreed to reconsider marijuana’s Schedule I designation) follow?