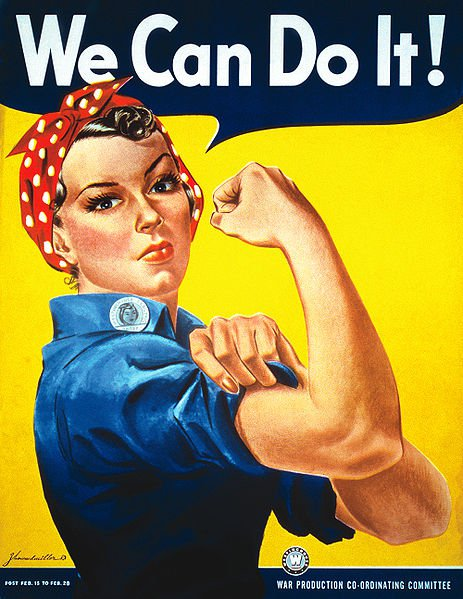 Women love their Mary Jane pumps: Carrie Bradshaw, upon seeing an actual, live pair during Season 4 of Sex and the City declared, “Oh my … I thought these were an urban shoe myth!”  In 2016, the phrase “Mary Jane” more often connotes cannabis.  In fact, women are moving into the pot business so quickly that they could make it the first billion-dollar industry that isn’t dominated by men. The opportunities for women to monetize weed have grown dramatically. Bongs have become an equal battlefield.

Marijuana’s power players are women, and that shouldn’t be surprising: women have historically been healers. The result is a trade with a diverse set of business owners, including a significant group of women who support medical marijuana. Anecdotal evidence suggests cannabiz is far more inclusive than many other startup fields. Too, women can leap into an industry that wasn’t built by men while cashing in on the explosion of business opportunities. The cannabis industry is so new that there are very few barriers to get in, especially for women.

Cannabis has it all: equality, diversity and female entrepreneurs. Women in the weed industry are rising to prominence as business executives running dispensaries; policymakers influencing government; and fervent advocates championing medical marijuana for their children. The gender divide exists in the marijuana industry, but not to the same depreciating extent as in tech and finance.

The marijuana industry is one of the country’s fastest growing businesses, increasing annually by 31%, with a national market worth $5.7 billion.  As pot legalization spreads, women are taking over more leadership roles in the industry. There are female cannabis doctors, lawyers, scientists, chefs, marketers, investors and educators as well as lobbyists.  Women are selling marijuana-friendly real estate and creating successful cannabis apps.

Marijuana isn’t an old boys club and there are no nationally recognized male power players yet.  The grass is greener for women in marijuana.  Weed is now an emerging industry and despite its stereotype, it is women who are capitalizing.

The sisterhood of sativa: women are the world’s most powerful consumers. Women drive 70-80% of all consumer purchasing, through a combination of their buying power and influence, notes a Forbes exposé. Women account for about a third of heavy and moderate cannabis users and they make up about half of occasional consumers, according to Bloomberg. Thus, marketing gurus and cannabis brands must pay attention to the female voice, because those are your green decision-makers.  Women may just be the silver bullet, the real architects of cannabis companies and Drug War reform.