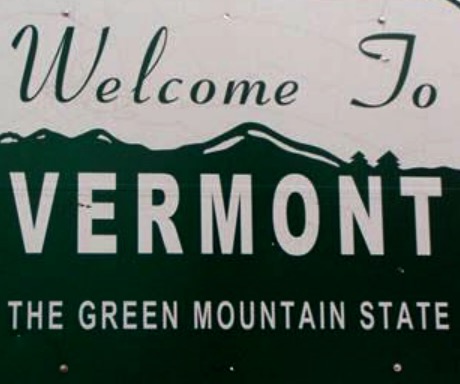 The Green Mountain State is feeling lots of green love these days: Vermont may soon be the first state to legalize recreational weed by law, through its legislature. At Democratic Gov. Peter Shumlin’s insistence, a bill to make Vermont the fifth state to legalize recreational marijuana passed the state Senate in February and is being debated in the state House. Gov. Shumlin called the war on drugs “outdated” at his State of the State address in January.

The four states that have already legalized recreational pot – Colorado, Washington, Oregon and Alaska – did so by taking the issue to voters through ballot initiatives, which have become the go-to method for marijuana legalization advocates. Voters can shape the policy they want instead of trying to lobby lawmakers. Unlike Colorado and Washington, which legalized marijuana in a matter of months after voters approved it, Vermont would wait more than a year after the bill’s passage (think 2018) before residents could walk into a store and buy marijuana.

The Drug War has failed miserably.  The proposed Vermont statute can provide tax rates that are low enough to drive out the black market drug dealers and Vermont can get the benefits of a regulated market.  The statehouse is an important – and new – path to legalization.   However, it is not without its disadvantages.

Vermont won’t legalize edibles and lawmakers have resisted marijuana advocates’ lobbying to allow people to grow marijuana plants in their own homes. If you want to invest in one of Vermont’s marijuana stores, you’ll have to move to the state and become a resident; no out-of-state funding is permitted.

Timing is everything. There is a feeling in Vermont that the next governor may not be as friendly to the issue and a new session means the debate may drag on for another two years. Think about timing this way: Senator Bernie Sanders, who has better poll numbers than any candidate for president, has long been vocal about changing drug laws.

Vermont is democratic and politically unique. In 2004, Vermont was one of the first states to legalize medical marijuana through its state legislature. Supporters of Vermont’s bill argue legalizing marijuana will free up police to concentrate on heroin and painkiller overdoses. They also point out the bill will direct tax revenue into treatment and recovery programs.

Sure, this is a state issue but isn’t it indicative of something bigger happening in the political discourse? Hillary Clinton wants to “study” marijuana and keep it illegal under federal law whereas Bernie Sanders seeks to decriminalize pot to alleviate the out-of-control prison population.   Bernie Sanders, the senator from Vermont, would end the federal war on weed and most people want to see that happen in the near future if not immediately. Let’s be committed to creating a culture of responsible cannabis use in Vermont and in the United States.