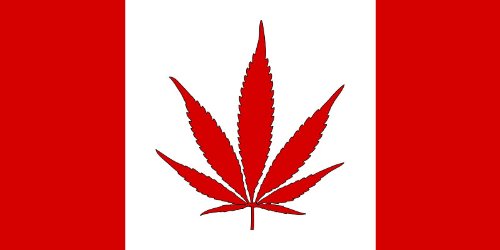 Our neighbor to the north gave the world a wealth of cultural cache with Céline Dion, Wayne Gretzky, Ryan Reynolds, Jim Carrey, Michael J. Fox, and until very recently, America’s favorite TV dad, Alan Thicke. But the media has been inundated recently with Canada cannabis headlines because of a new federal task force report, and I’m here to break it all down for you.

Prime Minister Justin Trudeau has promised to legalize the recreational use of marijuana, but that doesn’t mean Canada will turn into a promised land for pot producers, consumers, and advocates. If PM Trudeau adopts the recommendations of a panel he appointed, marijuana’s move from the black market to the open market could be highly bureaucratic, heavily taxed, and tightly controlled, with advertising and promotion virtually banned.

Canada’s government said this week that it would study a federal task force’s recommendation that Canadians over 18 be allowed to buy marijuana for recreational purposes and would announce new laws in the spring that would legalize pot.  That sounds an awful lot like the situation in Florida several years ago when medical marijuana measures became an exercise in futility. (The Canadian panel didn’t recommend a timeline for the government to proceed but the Liberal government said it would be “carefully considering” the panel’s advice as it develops its legislation.)

The difference between Canada and the Sunshine State is nuanced but unmistakable: Justin Trudeau’s Liberal government made legalizing marijuana for recreational use a part of its successful election campaign in 2015 while Florida’s deeply conservative political engine had no desire to legalize marijuana even if it would help those children suffering from epilepsy and other diseases.

The federal task force released its 100-plus-page report of 80 recommendations for the government’s planned end to cannabis prohibition. While these proposals are not binding, the government said it would take them under consideration. The panel recommends that the federal government oversee production, with provincial governments charged with retail distribution and maintaining criminal offenses for illicit production and trafficking.

The advices in the report dated November 30, 2016 were supportive of a commercial free market for recreational marijuana, suggesting the larger market rollout be based on the backbone of the existing licensed cannabis production regulations. The report similarly advised allowing product to be sold at retail outlets in addition to expansion of the mail-order system, the only legal channel currently available.

The task force endorsed taxing medical product at the same rate as recreational. That could discourage producers from continuing to hone in on the research-intensive medical market. Should medical marijuana receive the same tax exemptions as pharmaceuticals? I think you know the answer to that question.

At News Munchies we understand the delicate predicament of legalizing marijuana on a recreational level: the task force advising the government on how to go about legalizing marijuana is heading into alien territory; the only other country to do what Canada is poised to do was Uruguay, in 2013. Medical marijuana is already legal in Canada but the government agrees that the current setup is not sustainable for it has allowed criminal organizations to profit and flourish.

The nine-member Canadian task force is chaired by former justice minister Anne McLellan, who noted: “We went where we thought would be most useful for us [including Colorado and Washington state], in terms of learning lessons and hopefully helping the government avoid unintended consequences.” The panel report followed five months of work and could become the foundation for legislation.

As we bid adieu to 2016, it will be interesting to see how Canada becomes the largest developed world nation to legalize marijuana.