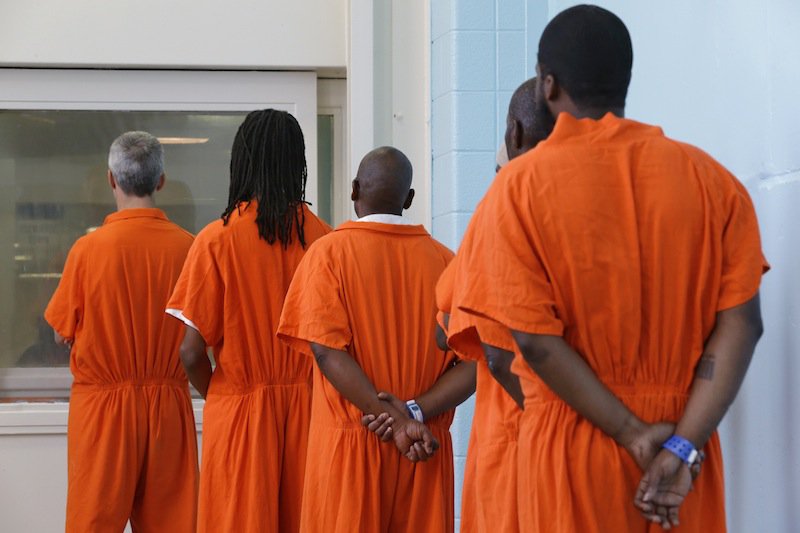 “Truth is ever to be found in simplicity, and not in the multiplicity and confusion of things.” – Sir Isaac Newton

I tell my friends, colleagues, and even strangers who will listen the straightforward truism about avoiding a marijuana arrest: “If you don’t want to get arrested for marijuana use or possession, just be Caucasian.” Let me explain.

There is no question that mass incarceration is linked to race and marijuana prohibition.  The War on Drugs has produced profoundly unequal numbers of black men sitting in jail. Although rates of marijuana use and possession are comparable across racial and ethnic lines, blacks and Latinos are far more likely to be criminalized for drug law violations than whites. If you legalize marijuana, the problem largely goes away.

A pro-pot policy is just that idiot-proof for solving issues related to mass incarceration and putting those men back to work instead of in jail where they cannot be productive members of society.

On Monday, September 26 Hillary Clinton took to the debate stage and remarked, “Race remains a significant challenge in our country. Unfortunately, race still determines too much; often determines where people live, what kind of education in their public schools they can get, and yes it determines how they’re treated in the criminal justice system.”  If our politicians want to legitimately and profoundly rid the jails of African Americans and elevate black and Latino communities, the solution is VERY simple: legalize weed.

The former secretary of state remains a controversial figure with Black Lives Matter activists because of her husband’s support for tough-on-crime laws in the 1990s. Bill Clinton recently admitted those laws contributed to mass incarceration. Black communities are still living with the legacies of the 1994 Violent Crime Control and Law Enforcement Act, a key piece of legislation backed by President Clinton that jump-started the mass incarceration of African Americans and Latinos. Hillary Clinton supported the Crime Bill. Should we judge Mrs. Clinton on what Mr. Clinton did in the Oval Office?

Donald Trump doesn’t even seem to acknowledge the Black Lives Matter movement and my guess is that he would like to be remembered as the tough-on-crime president especially since he cozies up to tough-on-crime stalwarts like New Jersey Gov. Chris Christie and former New York City Mayor Rudy Giuliani.

To the presidential nominees – both Hillary Clinton and Donald Trump – the way you fix the prison system and reverse the mass incarceration of black people is to legalize legalize legalize. The real reason our prison population is so high (pun-intended) is that over the last four going on five decades we have locked up more and more nonviolent drug offenders. Pot prohibition leads to inequality in our criminal justice system and communities broken sometimes beyond repair.

One of Tricky Dick’s top advisers (John Ehrlichman who served as Richard Nixon’s domestic policy chief) said the War on Drugs was created as a political tool to fight and dare I say disenfranchise black people. “You want to know what this was really all about? The Nixon campaign in 1968, and the Nixon White House after that, had two enemies: the antiwar left and black people.” No matter your political view, modern society demands a strategy for change.