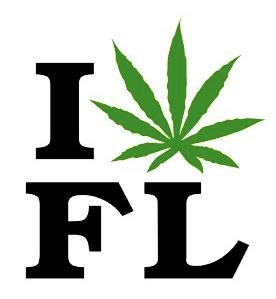 Now that the Sunshine State has got the business of hurricanes out of the way, Floridians can focus on this mercurial healthcare question: Should doctors be able to endorse marijuana for people with certain conditions and how available, if at all, should medical marijuana be?

I won’t hold my readers in suspense: Florida looks primed to pass Amendment 2 this November. The same amendment language was introduced in 2014, and received 57.6 percent of the vote.  This was not enough to pass because it was being introduced as a citizens’ initiative seeking to amend the Florida Constitution.  The numbers should have been a wake-up call for Republicans as an opportunity to expand their base, given that more than 800,000 people voted for Amendment 2 than voted for Governor Rick Scott.

Everyone would have preferred a legislative solution rather than putting these kinds of matters in the constitutional sphere.  But Florida’s prohibitionist legislators allowed only a limited license to five companies who could produce low-THC concentrates or what the Florida GOP called “non-euphoric” medicine that looks like ear wax.

The Florida Legislature thought it knew more than the medical community about THC.  Governor Scott will permit you to get stoned on pounds of opioids (Percocet, OxyContin) and Benzodiazepines (Xanax, Valium) served up like magic beans at every drug store on every street corner in Florida.

More than anything, hopefully the passage of Amendment 2 in November will provide a transition to a reasonable number of licensees, as five licenses puts us in last place nationally for states now permitting medical marijuana.  Undeniably, the reason Florida passed its lame medical marijuana law currently on the books was to take the wind out of the legalization efforts’ sails by giving the illusion of progress.

Amendment 2 would let doctors recommend medical marijuana for patients with a host of certain conditions, i.e., cancer, HIV, post-traumatic stress disorder, Parkinson’s Disease, and epilepsy, placing the decision more within the discretion of the treating physician, where it belongs.  As for what kind of products you can buy, Amendment 2 opens up the opportunity for purchasing marijuana plant material itself, as well as other concentrates with THC and other cannabinoids and edibles.

Comedian Jerry Seinfeld once joked, “My parents didn’t want to move to Florida, but they turned sixty and that’s the law.” Florida is home to the nation’s largest percentage of senior residents, a population at high risk for chronic pain.  Well, Mr. Chronic Pain, Meet Mrs. Medical Marijuana, a match made in heaven.

Opponents argue that if Amendment 2 passes, unregulated pot shops would flourish across Florida. They’ve sent out mailers warning voters “you can expect the seedy elements of the pot industry to move in right next door to your neighborhood, your church, your business and even your children’s school.” I take offense to the brazen religious slant of these anti-pot ads. Plus, do cannabis shops really equal sleaze whereas alcohol and tobacco do not?

Drug Free Florida has relied heavily on contributions from Big Pharma that keep many so-called academic experts on their payroll and funds research done by groups that oppose marijuana. They take a much softer stance on prescription drugs and don’t address legitimate concerns about the serious opioid epidemic. Don’t be fooled by hypocrisy when it arrives in your mailbox this fall or is blasted on TV screens across the Sunshine State in the coming weeks.