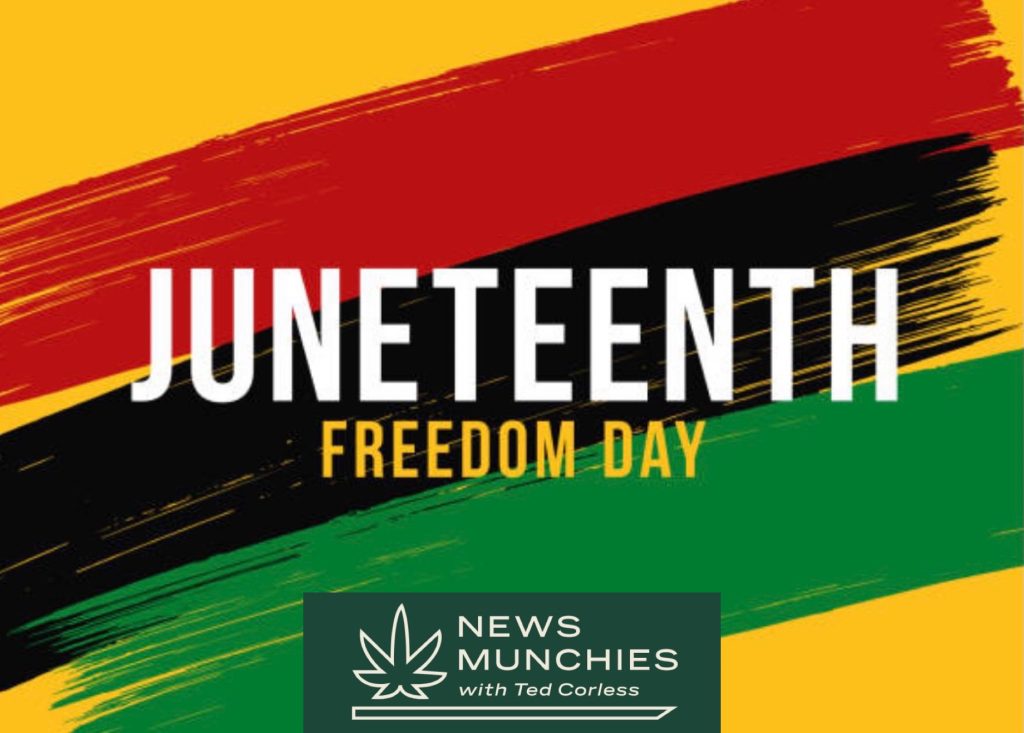 Looking at the statistics, it’s clear that African Americans are disproportionately targeted for cannabis-related criminal charges.  What’s also obvious is that Black Americans do not have equal access to economic opportunities in the cannabis space.  But what if we could reverse the tide and change course to make cannabis a tool for good?  Let me explain.

African Americans are arrested for non-violent marijuana crimes at four times the rate as white Americans, despite equal usage rates, according to the ACLU and Human Rights Watch.  A cannabis conviction doesn’t just mean jail time, it means a lack of employment, career, and housing opportunities, to name just a few.

In honor of Juneteenth, which commemorates June 19, 1865, the day enslaved men and women in Galveston, Texas learned that they were free after the Civil War, cannabis consumers and advocates must address appropriate ways to mark the occasion.  The holiday celebrates the emancipation of all those who were previously enslaved in the U.S.  What’s a responsible way to honor Juneteenth?

Cannabis intersects race, criminal justice, and economics. The War on Drugs was clearly racist.  Politicians intentionally painted cannabis as a dangerous drug used primarily by people of color, and then passed laws to allow for large-scale incarceration of these communities.

Criminal justice reform is also a key issue at the heart of Juneteenth.  We must work to end mass incarceration, excessive punishment, and racial inequality.  The House of Representatives approved a reform bill – the Marijuana Opportunity Reinvestment and Expungement (MORE Act) – that would end marijuana prohibition by removing marijuana from the federal list of controlled substances.  The bill would expunge the record of those convicted of certain marijuana-related offenses, and reduce sentences for others.

Through a tax on sales, the MORE Act would fund services in communities most impacted by prohibition and provide support for a more diverse and inclusive market.  The move was heralded by racial justice advocates as a measure to address harm to Black, brown, and low-income communities who have been disproportionately affected by the biased enforcement of U.S. drug laws.  The MORE Act, with its focus on racial equity, is an important step toward repairing these and other harms caused by marijuana prohibition.

While marijuana has been used as a tool to disenfranchise Black Americans, Juneteenth is an opportunity to use cannabis to provide more financial freedom to Black Americans as well as double our efforts on reversing the disastrous War on Drugs and with it, its mass incarcerations for Blacks.  These goals can help to transform the lives of descendants of enslaved people and help them build generational wealth.

Juneteenth is a time to reflect on inequality for Black communities in America and actually do something about it.  Juneteenth should make us think and act on the relationship between cannabis and racism.  The simple truth is that the continued federal prohibition of cannabis significantly harms African Americans.