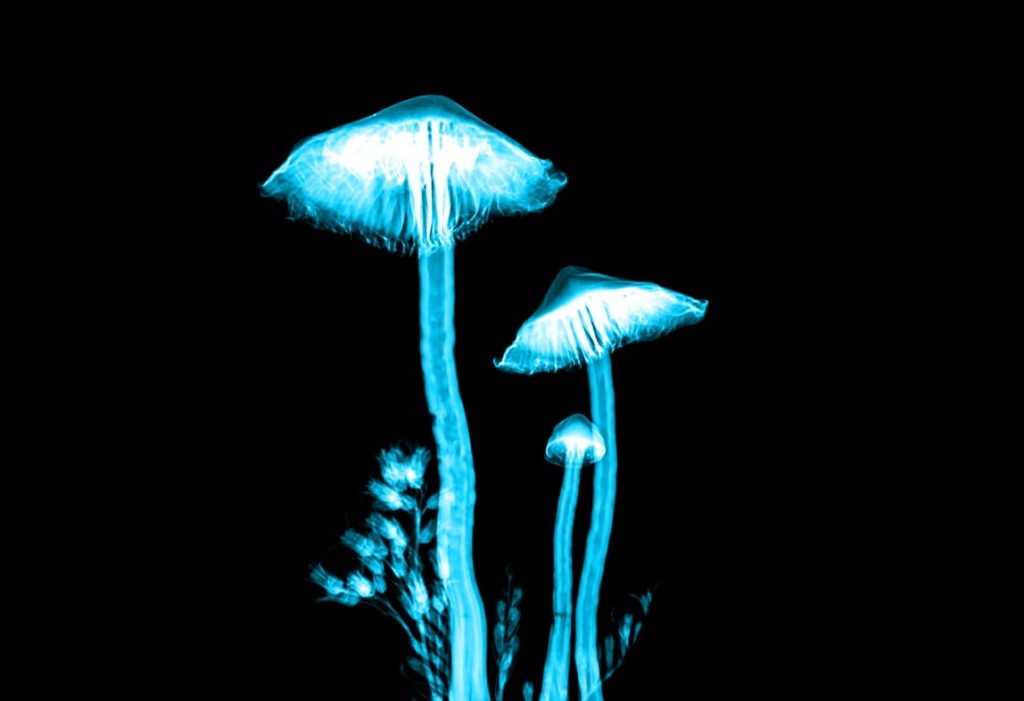 As the cannabis industry continues to grow and evolve with legalization achieved in many parts of the world, we’re seeing an increase in activity related to another substance that will hopefully be removed from the list of controlled substances – psilocybin.

Psilocybin is the active ingredient found in magic mushrooms and research suggests it has the potential to treat various mental illnesses and is safer than pharmaceutical drugs and alcohol, which can be habit-forming. In clinical trials, psilocybin (the psychoactive substance in mushrooms) has shown tremendous promise in treating severe depression, post-traumatic stress disorder, and other mental illnesses.

There is a psilocybin renaissance afoot even though magic mushrooms have been used for thousands of years in Indigenous cultures for pain management and spirituality. The Aztecs often incorporated them in rituals and religious ceremonies, while historians found 9,000-year-old cave paintings in Algeria that depict a shaman holding mushrooms.

Many of my readers ask, what is the current regulatory landscape for psilocybin? Can I get in trouble for using psilocybin? While the science on psychedelics is exploding, there are roadblocks in the way. Psychedelic mushrooms are not legal, per se, but cities and states have decriminalized the plant, meaning law enforcement will not arrest those in possession of it. In 2020, Oregon became the first state to legalize the therapeutic use of psilocybin as new research affirms its benefits for treating depression. More cities and states are considering resolutions involving psychedelic substances. State-level ballot measures may further broaden the legal circumstances and settings in which psychedelics can be used for mental health therapy.

The problem is, under federal law, psilocybin remains a prohibited Schedule 1 Drug, defined by the DEA as having “no currently accepted medical use and a high potential for abuse.” We know such categorization is baseless and false. The War on Drugs is a failure and continuing to focus law enforcement resources on people using cannabis and psilocybin doesn’t make sense. The War on Drugs is an artificial trope created by racist politicians. The “war” fueled mass incarceration of Black and brown communities despite similar rates of cannabis use among whites and communities of color. But cities and states have the power to change law or at very least de-prioritize arresting people who use cannabis and psychedelics.

In Western medicine, the psychedelic revolution is coming at the perfect moment as the country grapples with a post-COVID world. Today, as mental health awareness grows, there is renewed interest in the use of psychedelics such as psilocybin for the treatment of mental illnesses. Depression affects more than 300 million people around the world. In a typical year in the U.S. 16 million adults suffer from depression-related illness. As such, magic mushroom therapy offers hope. It’s important we let those who feel they would benefit from psychedelics to have the option of trying them, especially since the scientific and medical community is finding psychedelic drugs can be beneficial across various diseases and disorders.

Additional clinical trials underway in the U.S. and Europe are aimed at winning regulatory approval. Like cannabis, an achievable goal may be to federally decriminalize and then regulate and legalize recreational and medicinal use of psychedelics. Allowing people to be educated sets them up for a safe, enjoyable “trip.”

Let’s put science first. Psilocybin can create safe opportunities for a reduction in mental health symptoms. The emerging mainstreaming of psychedelics has opened a number of options for people suffering. And, by the way, more access to psilocybin for all populations further dismantles the harmful and racist War on Drugs construct that has shattered too many lives.