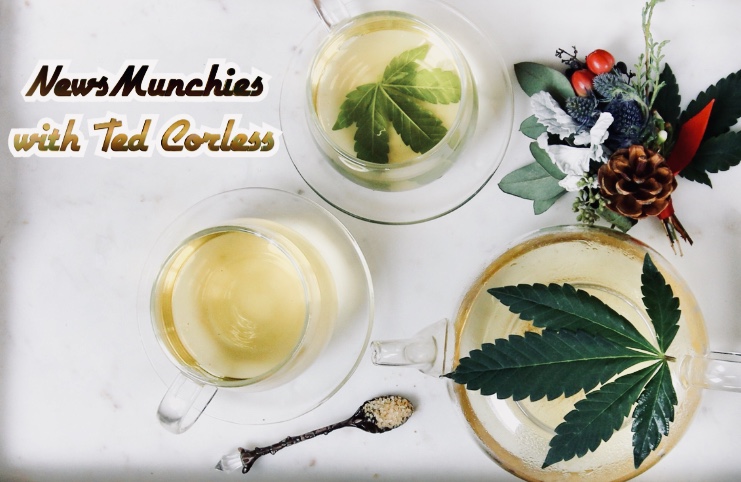 THIS BUD’S FOR YOU: I’m not a fan of trends because by definition, trends will pass. But the next big thing is cannabis oil, and I’m here to tell you it’s more than a trend – it’s a movement, it’s a lifestyle. The global push for the legalization of cannabis-derived products, such as cannabis oil, is gaining momentum and for good reason.

Cannabis oil is the term used to describe extracted resin from the cannabis plant that has been dissolved to create a liquid. Cannabis oil is sourced from the same dried buds you are used to for vaping and smoking. In commercially-produced cannabis oils, the concentrations of CBD and THC tend to be well-controlled, which makes it easy to calculate dosage and effect.

Be mindful that the physiological effects of cannabinoids can vary widely from person to person, especially since CBD oil can be consumed several different ways, including in food products, capsules, drops (placed under your tongue), sprays, vape pens, tinctures, and topical creams.

Cannabis oil may provide a safer delivery method than dry herb because the process by which you extract cannabis oil kills bacteria. However cannabis oil may be highly concentrated, so it’s exponentially more potent than dried flower on its own. Take it from this consumer, oils offer a steadier “high” than flower because the oil has consistent THC and CBD levels.

PHARM TO TABLE: The industry is going through a long cycle regarding how it extracts the good stuff from the plants.  When it started it was simple, using ice and what are called micro bags.  The idea was that ice made the plants contract, and the pollen glades (“trichomes”) fell out.  When collected at the bottom of the bag, it looks like sand, and inside is the pollen that has all of the cannabinoids. But this process was limiting because it only worked with fresh flowers. As a result, companies and dispensaries started using solvents like butane.  But that leaves behind a lot of the solvent, and people didn’t like the idea of consuming a petroleum product when they burned the extracts.

This is when people stopped talking about oils, and started coming up with new names, like “resin” or “shatter” because it looked like amber and was crumbling.  As people gave up the use of solvents, they turned to grain alcohol. Then we went to using live flowers putting them in liquid nitrogen.  The benefit then was that you could get the full spectrum of the plant, which you gave up when you were using “BHO” which is short for “Butane Hash Oil.”

That brings us today. The process now includes taking fresh flowers, applying extreme cold via nitrogen as well as extreme pressure, which squeezes out the “SHO,” an abbreviation for “Solventless Hash Oil.”  I get my SHO down at Verde Natural, which has some of the best SHO is the business.

RELEAF: It’s not easy living with pain, which is why the many health benefits of cannabis oil need to be exploited for research and in the public consciousness. Cannabis oil is used to treat a variety of conditions, including seizures, Alzheimer’s disease, heart disease, anxiety, sleep disorders, stress, muscle and joint pain, arthritis, PTSD, and cancer.

Scientific studies confirm cannabis oil may help treat chronic pain and anxiety. Research has also shown that cannabis oil promotes full body healing. Cannabis oil is widely beneficial and is considered one of the most effective oils for the alleviation of certain conditions and illnesses.

How often do you wish to use cannabis oil? Are you looking for a fast-acting solution, or something that takes longer for you to feel the effects? Is discretion (packaging) important to you?  What is your flavor preference? What is your budget?  These are just some of the questions to ask yourself when deciding on the right oil.

With the large number of cannabis oil products that exist today, it can be daunting to identify the safest and best quality products available. Stay tuned for an instructional NewsMunchies video on what to look for when buying cannabis oil and the best methods for consumption. Moreover upcoming NewsMunchies blogs will take a deep dive look at SHO and talk about concentrated CBD via coils.