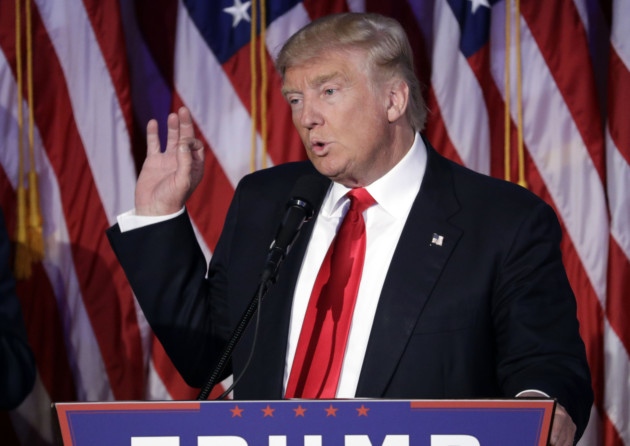 President Donald Trump signed a $1.1 trillion spending bill on May 5 that will keep the federal government funded through September 30. Gee, we were all so worried Attorney General Jeff Sessions might have to work as a Playground Manager at Chick-fil-A, Inc. if the spending bill wasn’t sanctioned.

The congressionally approved bill includes a rider, which disallows the Department of Justice and the Drug Enforcement Agency from using federal funds to prosecute medical marijuana businesses in states where medical marijuana is legal.

The law explicitly tells the Justice Department to refrain from interfering with state medical marijuana laws. In his statement after he signed the bill, President Trump said: “Division B, section 537 provides that the Department of Justice may not use any funds to prevent implementation of medical marijuana laws by various States and territories.” That’s good news, right? But nothing would stop the Feds from providing resources to other officials, who often obtain additional funding and equipment to execute raids rather than involving a bunch of Feds running around in blue and yellow-lettered windbreakers.

The bill to fund the government through September includes an extension of a provision that keeps Sessions’ hands tied by overtly barring the DOJ from using its resources to go after marijuana growers, sellers, and users in states that have legalized medical marijuana. Meanwhile, in the eight states, plus D.C., that have legalized marijuana for recreational use, Sessions and the DEA have the power to arrest, prosecute, and imprison people.

In 2015, an amendment was offered to extend the protection from federal intrusion to people in states where recreational marijuana is legal, but it failed by a vote of 206 to 222. Twenty-nine states, as well as the District of Columbia, have medical marijuana laws on the books, while 21 states have decriminalized the drug.

While the appropriations bill that President Trump signed renews a rider that bars the Justice Department from interfering with state laws allowing for the medical use of marijuana, the President signaled in a tactic known as a signing statement that “I will treat this provision consistently with my constitutional responsibility to take care that the laws be faithfully executed.” In other words, he may decide to ignore the rider despite his repeatedly expressed support for medical marijuana on the campaign trail and for acknowledging states rights.

The implication is that Trump’s duty to enforce the federal ban on marijuana, which makes no exception for medical use, could compel him to disregard the bill’s limits on the use of DOJ money at some future point. In a signing statement that accompanied the bill and that laid out his objections, Trump said he reserved the right to ignore the provision.  So basically, President Trump can do whatever he wants, whenever he wants, when it comes to enforcing federal law banning cannabis. A presidential “signing statement” is a document often included in legislation to offer an explanation in the event President Trump does something that might appear in conflict with the new law.  What he’s done is prevented any subsequent use of federal funds to fight state marijuana laws from being attacked in the courts.

The possibility continues to exist for the administration to pursue legal action against states that legalize marijuana for medical use. However, at least for now, the DOJ is barred from going after pot growers, sellers, and users in states where medical marijuana is legal, which is encouraging news for patients and the cannabis community.