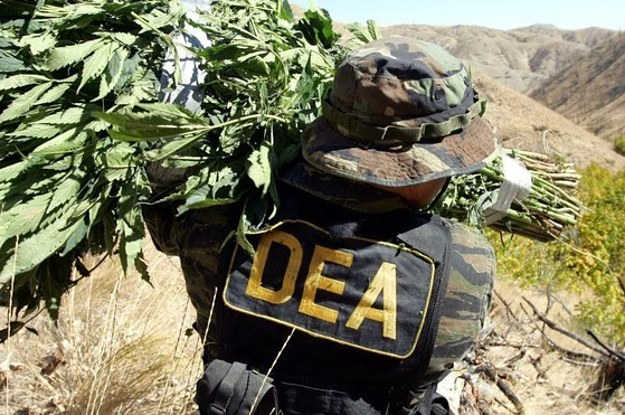 I want to believe in rainbows, unicorns, and talking starfish just like the next red-blooded American. To that end, when I read the recent headline that Obama had made significant changes to cannabis policy I was encouraged the time had come for marijuana to be rescheduled. But such highfalutin dreams are best left to flying goats and boys who scale Trump Tower.

The Obama administration is planning to remove a major roadblock to marijuana research, officials said August 10.  The idea is to create the environment for a scientific study of cannabis in its use to treat dozens of diseases. The new policy is expected to sharply increase the supply of marijuana available to researchers.

The U.S. Drug Enforcement Agency (DEA) will ostensibly expand the number of places allowed to grow marijuana to study its value in the relief of chronic pain and as a treatment for diseases. The University of Mississippi has been the only institution authorized to grow the drug for use in medical studies. It holds an exclusive contract with the National Institute on Drug Abuse (NIDA). This restriction has limited the supply of marijuana federally approved for research purposes to the extent that scientists find it nearly impossible to get.

Licenses will supposedly be given to a number of universities to cultivate the plant for study. It is unclear how many additional universities would receive certificates to grow marijuana. Any institution that has an approved research protocol and the security measures needed to store drugs can apply. We can draw the conclusion that this new policy from the Obama administration should provide scientists with fresh avenues of research to support medical applications relating to marijuana.

Yet researchers will still have to receive approval from federal agencies – the DEA, the Food and Drug Administration, and the NIDA – to conduct medical studies of marijuana. What are the chances of getting consent from these federal government bodies?

The U.S. has unambiguously affirmed its prohibition on pot. The DEA rejected requests to relax the classification of the substance as a dangerous, highly addictive drug with no medical use.  The official position is that the drug’s therapeutic value has not been proved scientifically, despite cries from scientists to legalize it for the treatment of a variety of conditions.

The Obama administration denied a bid by two Democratic governors to reconsider how it treats marijuana under federal drug control laws, keeping the drug for now, in the most restrictive category for U.S. law enforcement purposes. Marijuana has been classified as a Schedule I drug for nearly 50 years. This puts it in the same class as heroin and states that it has “no currently accepted medical use and a high potential for abuse.” The policy announced August 10 does not remove marijuana from the list of Schedule I substances, but does open the door to finding benefits for the drug. Of course, people have known for thousands of years about pot’s medicinal advantages.

It might be a good day for science, but I do not believe the Obama administration and our government officials have gone far enough. I am reminded baby steps serve a distinctive purpose, however anything less than a revolution, which frees cannabis from its restrictive chains, is not good enough.