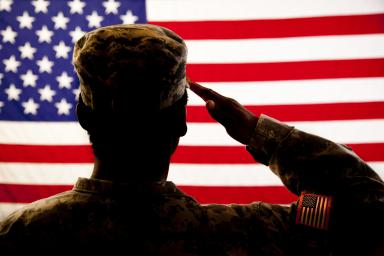 A major barrier to veterans’ medical care is in the process of being removed. Congress on May 19 gave veterans the right to discuss medical marijuana as a treatment option with their Veterans Affairs doctors in states where it is legal.  This is good public relations (two years ago, the Department of Veterans Affairs was rocked by reports of poor care and months-long wait periods in VA hospitals) and an even better health move.

Under current regulations, veterans have to seek these recommendations outside of the VA system and pay out of pocket for the related costs. The Department of Veterans Affairs is a federal entity that governs healthcare for members of the military. Its hospitals and its doctors exist under federal law, which classifies marijuana as a Schedule I drug, which means it has “no currently accepted medical use.”

The U.S. House voted to allow Department of Veterans Affairs doctors to recommend medical marijuana to their patients in states where it’s legal, establishing that attitudes in Congress toward the drug are changing along with public sentiment. The House and Senate approved bills that include amendments forcing the VA to lift restrictions that prohibit doctors from even talking about medical marijuana or recommending it to their veteran patients. The Senate and House bills will need to be reconciled and passed by both chambers before being enacted into law.

“The death rate from opioids among VA health care is nearly double the national average,” Rep. Earl Blumenauer said. In a debate over his amendment, Blumenauer remarked, “From what I hear from veterans is that medical marijuana has helped them deal with pain and PTSD, particularly as an alternative to opioids.”

Obama has opposed reclassifying marijuana, and reformers believe it won’t happen soon if he doesn’t act, with Democrat Hillary Clinton and Republican Donald Trump having less enthusiasm for marijuana reform. Let Congress recognize the right of veterans to heal and live fully functioning lives. They deserve to be acknowledged for their commitment to this country by receiving a wide range of medical options to treat conditions and illnesses related to their service.