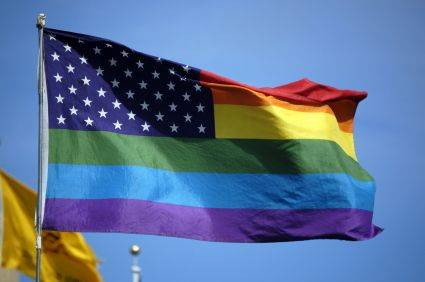 Few government institutions in America are more perplexing than the Supreme Court of the United States.  Led by centuries of traditions and governing principles, the Supreme Court today isn’t always the bastion of clarity it professes (or aspires) to be.

Last week SCOTUS refused to hear any of the cases presented regarding one of the most divisive and litigated topics in recent memory: same-sex marriage.  Early in the week it declined to hear several states that sought relief to continue to enforce their bans on same-sex marriage when it issued a denial of certiorari.  Two days later, Justice Anthony Kennedy delivered a one-paragraph emergency stay on the 9th Circuit Court of Appeal’s ruling that same-sex marriage bans in Idaho and Nevada are unconstitutional.

In this day and age we have the ability to convey our deepest, most profound thoughts in 140 characters or less.  Yet when it comes to marriage equality, there are no clear lines being drawn in the sand from the Supreme Court.

The High Court’s decision on Monday, October 6 means that nearly two-thirds of same-sex couples in the United States will soon live in states where they can marry. That is a long way from 2004 when Republicans successfully used marriage equality as an election year wedge issue against Democrats.

Certainly, proponents of marriage equality would have liked the comfort of a formal, 100-page Supreme Court opinion declaring their right to equal protection under the law.  That did not come, at least not yet.

The situation was compounded by the fact Justice Anthony Kennedy temporarily blocked an appeals court decision that struck down bans on same-sex marriage in Idaho and Nevada, meaning gay and lesbian couples could not obtain marriage licenses in those states.  (Justice Kennedy, if you will remember, authored the decision striking down the federal Defense of Marriage Act.)  Court spokeswoman Kathy Arberg explained Kennedy’s order was an error the justice corrected with a second order hours later.

Nevada officials said they would begin issuing same-sex marriage licenses only after a trial judge acts on the order from the 9th U.S. Circuit Court of Appeals. It was unclear, though, when that might happen.

What is settled is that same-sex marriage rules change rapidly – sometimes several times a day. This hodgepodge of shifting laws screams for the Supreme Court to decide the issue once and for all.  What are they waiting for?  There will be no ideal case with the right set of facts. We aren’t in law school anymore:  Fact patterns and issue spotting doesn’t always arrive at the court steps in a neat, tidy package.

To date, it remains remarkably unclear whether same-sex marriage is a constitutional right recognized in the United States Constitution, much to the disappointment of loving same-sex couples who merely wish to have their love recognized and receive the myriad benefits opposite sex couples already enjoy.