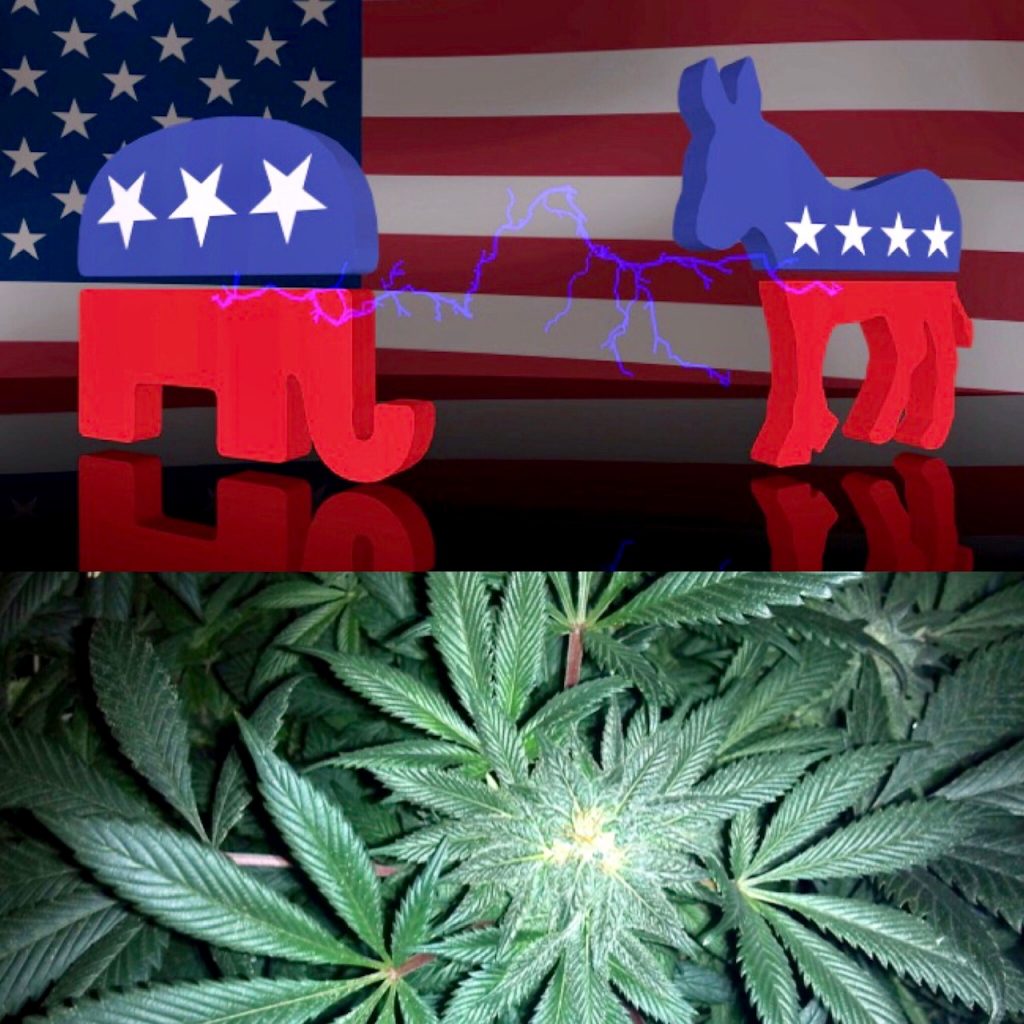 While many people continue to see full legalization of cannabis on the horizon, much of it will turn on the next occupant of the White House.  Even if Emperor Trump remains, he lacks the political clout to take on the remaining adversaries of legalization.  These include the likes of Big Alcohol, who was probably behind the scenes of CBS’s decision not to air an advertisement proclaiming the benefits of medical cannabis during Super Bowl LIII.  If Trump is re-elected, it might be yet another speed bump before we can take our medicine on airplanes or transfer it over state lines.  If Trump isn’t re-elected (let me get an Amen), who awaits us from the Center or Left?

While the Democrats have never produced a viable candidate who is pro-cannabis, they have certainty offered some stinkers.  Hillary Clinton liked to offer less smoke and more puff by talking in legislator speak.  She once thought the solution was to reschedule it from Schedule 1 to Schedule 2, moving it on the list with the likes of Oxycodone and Fentanyl, because the DEA has done such a bang up job regulating those drugs.  But she was the best we got from the Left.

If you weren’t counting (I was), during the many presidential debates in the primaries and the General Election, not a single question was asked of any candidate regarding how they felt about cannabis even though the industry has produced billions of dollars and was considered by many limited government folks a social issue uniting, not dividing, us.

In 2017, Booker introduced a landmark bill that would decriminalize marijuana at the federal level and end the prohibition of marijuana. The Marijuana Justice Act seeks to reverse decades of failed drug policy that has disproportionately impacted communities of color.  “It means changing our drug laws. Ending prohibition against marijuana,” the New Jersey senator said of the relevance and importance of criminal justice reform.

The Marijuana Justice Act would also incentivize states through federal funds to change their marijuana laws if those laws were shown to have a disproportionate effect on low-income individuals and/or people of color. Booker formally announced his candidacy for president via a YouTube video on the first day of Black History Month. The symbolism of the timeliness of his announcement isn’t lost on those of us who miss having a president that cares about civil rights and equality.

Cannabis legalization is a single issue that has impacted so many and may motivate Democrats and liberals at the polls in 2020.  Booker may be the one to take us home.