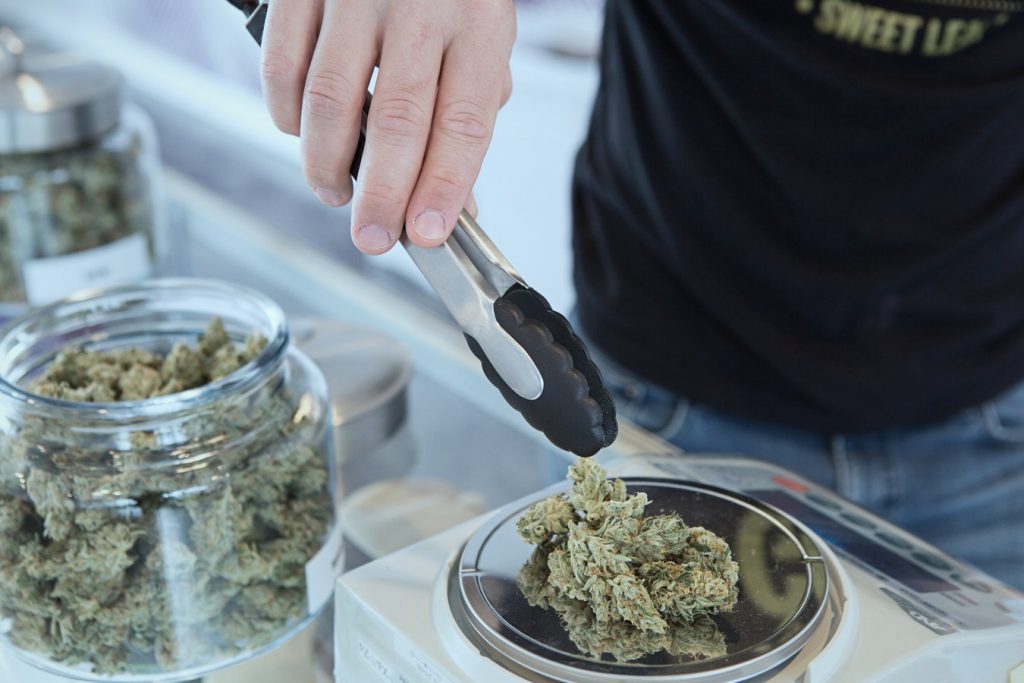 Rep. Ray Rodrigues never met a regulation he did not love, especially when he gets to convince people to continue to trip up efforts to honor the historic passage of Amendment 2.  So-called conservatives claim to be less government but they fail to honor this principle in practice.  Bowing to pressure from the Governor’s Office, the Republican controlled House Health & Human Services Committee passed a cap on smokable marijuana at 10 percent THC.  PCB 19-02 was passed in a 12-5 partisan vote. That ten percent cap is about half the potency of what’s currently available in the dispensaries, meaning patients would have to double their consumption to obtain medicinal relief.

The simplest problem with a cap is that the Florida Legislature has no game in passing laws for things outside its knowledge, experience, training, or otherwise.  I suppose Rep. Rodrigues needs to explain whether this is a “poison pill” to stall the legal cannabis market in Florida or whether he has another legitimate reason for tacking this onto the Bill requested by Gov. Ron DeSantis.  If we ask Rep. Rodrigues, he would probably point to a study associating cannabis consumption with the onset of psychiatric disorders. For context, the study did not compare higher THC-products with lower, capped levels of cannabinoids, regarding their impact on Swedish schizophrenics who were drafted into the Swedish Army.

Not surprisingly, this bill was supported and passed by Speaker of the House José Oliva, who talks in hyperbole about pot smoking and provides outrageous hypotheticals.  Speaker Oliva is, of course, not in a fight to prevent kids from smoking cannabis but rather for the success and continuation of his family’s tobacco and cigar business.  Tobacco and cigars are both sectors losing measurable market share to cannabis.  I suppose asking a tobacco salesman to pass laws to protect Floridians from smoke only makes sense in Tallahassee.  What’s next?  Ask the person who oversaw the greatest Medicare fraud in history to take the lead on health insurance reform?  Wait, that already happened, right?

THC Caps Get Circumvented by Other, Higher THC Concentrates

Legal, smokable concentrates like shatter, CO2 oil, resin, and crumble are more than 50 percent THC.  Note: I acknowledge the misuse of the term “smokeable” concentrates because you do not technically “smoke” or “burn” the oils, as you most certainly do the flowers.  Basically, if Floridians cannot use smokable marijuana, they can simply move over to concentrates, which are vaping five times as much THC.

I grew up on a border town, St. Joseph, Missouri, across the Kansas border with Wathena, Kansas.  In Missouri, the drinking age was 21, but in Wathena, you could purchase beer at 18.  Under Kansas law, the only beer sold was limited to an alcohol content of no higher than 3.2 percent by volume.  Of course, for its consumers, it required you to consume far more of it, to get the same drunk effects.  However, if Missouri beer found its way into our possession or any kind of spirits, we’d still got intoxicated, but it required less of us to drink.

The entire United States is on fire with cannabis.  But Rep. Rodrigues believes you can pass laws regarding how people will use cannabis.  We tried that for a very long time, and failed by epic proportions.  Creating “illegal” forms of otherwise legal consumer products fails, be it drugs, firearms, or alcohol.  Passing a law where one plant that looks the same, tastes the same, and for all practical purposes is the same as another product, creates opportunity for illegal sales.

As a proponent of a legal, well-regulated cannabis market, it is imperative to pass laws that the people will honor instead of creating restrictions that produce crime breakers, who then must cause society as a whole to suffer.  If Florida doesn’t sell people THC-products with more than 10 percent, someone else will.