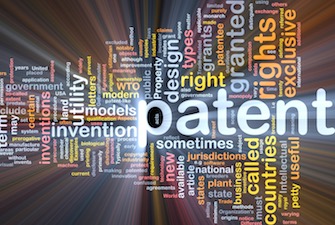 Wherever there is technological innovation, inventors use patent law to protect what they create. Some 266 marijuana-related patents have been approved in the U.S., and another 255 are pending, according to a new study by Envision IP, a Raleigh, N.C., patent-research firm. These filings cover proprietary hybrid strains of cannabis, clean and efficient growing systems, software-based analytics and monitoring, and packaging and distribution infrastructure. Relatedly, a patent filed last year and published January 26 reveals a concept for a vaporizer. Apple employee Tetsuya Ishikawa outlines plans for a temperature-regulated plate inside a chamber that heats up a substance to form a vapor.

The world is reliant on new inventions, and to establish ownership and protect these creations, the makers must seek out new patents through the United States Patent and Trademark Office (USPTO). There are three types of patents: utility, design, and plant based. Patents are intellectual property rights granted by the federal government. The holder of a patent can exclude competitors from making, using, or selling the patented invention for a limited time (usually around 20 years).

The USPTO explains that patent protection is to be used when a person “invents or discovers any new and useful process, machine, manufacture, or composition of matter, or any new and useful improvement thereof.” To be eligible for a patent, an invention must be new, non-obvious, adequately described by its inventor, and of some minimal use to society.

So how does one protect at the federal level his or her intellectual property rights to cannabis-related innovations? Patent protection is granted by the USPTO, which is a federal office. That federal status indicates the office would not grant patents for cannabis, as it would violate the Controlled Substance Act. However, the office has granted numerous patents for cannabis-based filings. Let us delve a little deeper…

One relatively safe avenue of opportunity is in the technology sector, including tools for processing and cultivation as well as software for dispensaries. A popular strategy for cannabis companies that can’t trademark their core products is to seek protection for a host of ancillary products and services. Expect to see filings and patents in the coming years related to software and systems for commercial cannabis operations, from warehousing and supply chain, to distribution, marketing, dispensing, and quality control.

The World Intellectual Property Organization (WIPO) records internationally registered patents. There are currently over 11,000 patents registered with WIPO that include the word “cannabis” in their description. Additionally, there are a growing number of patents related to manufacturing processes, including hydroponic and aquaponic systems for industrial production uses.

In the landmark U.S. Supreme Court case Diamond v. Chakrabarty, 447 U.S. 303 (1980), the High Court concluded that any living organism produced by human intervention is patent eligible. Therefore, in order to patent a cannabis plant an inventor must show that the plant is so altered by human hands (selective breeding or genetic engineering) that it should no longer be considered a natural phenomenon.  Growers have begun to file patent applications directed to the marijuana strains they developed. Even if the patent issues, enforcement is still a matter of federal jurisdiction which would require the patent holder to go into a federal court and allege that an infringer has made, used, sold, or offered for sale the patented marijuana strain. Taking the risk of going into court would necessarily involve heightened awareness about the patent holder’s federally illegal business.

Marijuana businesses may turn to state trademarks or state-based unfair competition laws but these solutions are necessarily state-limited and inapplicable to competitive activities falling outside the plaintiff’s home state.