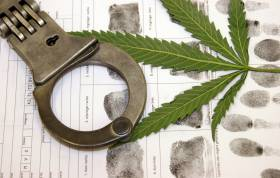 Israel may be the gold standard in medical marijuana, becoming a world leader in science on the medical uses of cannabis. It already has one of the highest per-capita rates of legal cannabis use, with over 21,000 people licensed to use the drug for medicinal purposes. When the United States was learning to walk on the medical marijuana question, Israel was running 5K races. The time is ripe to unravel a progressive sect of the Middle East’s ganja plan.

PhytoTech Medical raised millions in a public offering to join forces with Yissum, the technology transfer arm of Jerusalem’s Hebrew University, to develop precisely dosed pills for the mainstream pharmaceutical market. Now a growing number of politicians are calling for the legalization, or at the very least the decriminalization, of weed in Israel. U.S. laws make clinical research impossible. Israel, on the other hand, began cannabis research 50 years ago and studies its medical uses in a growing public-health program.

Israel first approved medical cannabis for a patient in 1992. In 2007, the Health Ministry implemented a comprehensive medical cannabis program, and now 20,000 patients are permitted to use cannabis.  Israeli doctors use marijuana to treat ailments including Crohn’s disease, basal cell carcinoma, epilepsy, heart disease, diabetes, Parkinson’s, multiple sclerosis, PTSD in Israeli military veterans, and the pain of cancer patients and the elderly. Its doses are available in cookies, chocolates, oils, and leaf form for smoking or vaporizing.

“I think legalization of cannabis is connected to freedom of the individual,” expounded Yinon Magal, a newly electedpolitician and ex-Israel Defense Force commando who is backing legislation that would permit recreational use for all. According to Magal (and those with half a brain) the legalization of marijuana will correct a system that has been punishing low-income people at exponentially high rates.

Recently new details on the legal efforts to decriminalize marijuana emerged revealing that Knesset members (Israeli legislature) are pushing to allow Israelis over the age of 21 to hold up to one plant, 15 seeds, and five grams of pot without penalty. Also, the Israel Defense Forces are reported to be considering easing restrictions on recreational drug use among soldiers. Israel Police Commissioner Yohanan Danino said that the police would reexamine its policies on arresting recreational users.

The Israeli government notes that it must find ways to adapt to the reality of changing currents of public opinion. That is a pretty powerful and honest statement. Fortune favors the bold and the brave who are willing to admit that criminalization has failed while also examining promising policy changes on the pot question.