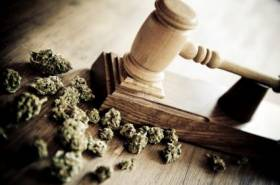 Does Time’s Person of the Year pick dazzle you? Me neither. Time’s editor Nancy Gibbs claims Ebola Fighters – their Person of the Year 2014 – “risked and persisted, sacrificed and saved.” In selecting Ebola Fighters, Time noted that though Ebola has existed for decades, only this year did it come close to becoming the sort of worldwide panic that some have had nightmares of for decades.  This justification convinces me even less of their choice.

On the other hand, The Pot Smoker helped usher in 2014, and he/she shows no signs of decelerating their influence.  From a criminal justice, business, economic, social, and governmental perspective, The Pot Smoker has colossally swayed policy this year.  In 2014, Colorado became the first state where recreational pot went on sale on Jan. 1. Washington, D.C. approved to legalize recreational pot. Taxed and regulated marijuana is coming to Washington State. In the past year alone, Illinois, Maryland, Minnesota, New Hampshire, and New York plus the District of Columbia adopted medical marijuana laws.

The Pot Smoker grew hopeful as 36 state legislatures had bills under consideration to create new medical marijuana laws, to impose only a fine for possession of marijuana, and/or to regulate marijuana similarly to alcohol.  Alaska and Oregon’s voters chose to legalize marijuana for adults 21 and older. In addition, a medical marijuana amendment made the ballot in Florida for the 2014 November election and it nearly passed.  (Medical marijuana received 58% of the vote, but needed 60% to be approved.)

With the good comes the bad.  In Washington, D.C., a new congressional spending deal will block Washington, D.C. lawmakers from using federal or local funds to implement November’s popularly passed referendum to legalize marijuana in the district.

The legalization contest proves too how insignificant the Obama administration has been in 2014.  “We’re going to see what happens in the experiments in Colorado and Washington,” President Barack Obama said in an interview this year with CNN.  Under the federal Controlled Substances Act, the attorney general has the authority to “remove any drug or other substance from the schedules if he finds that the drug or other substance does not meet the requirements for inclusion in any schedule.” However, Holder has not made any changes showing he would utilize this power.

In 2014, pot did not have the public relations problem it did in 2013. People don’t report the pungent aroma coming from their neighbor’s houses anymore or think twice about the marijuana shops they pass on their way to work.

While debates on marijuana’s health effects should and will continue it is clear the weed floodgates have opened.  This year was one of cautious optimism for The Pot Smoker.

While healthcare workers fighting the Ebola virus take great risks, vowing to continue the fight despite infection, the person who has most powerfully affected the legal, political, social, fiscal, religious, health, and pop culture landscape in 2014 is The Pot Smoker.