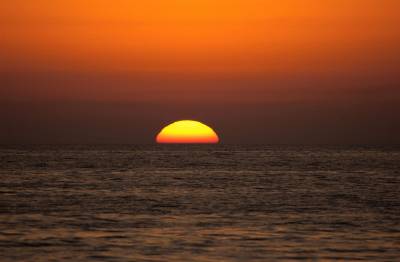 Unspoiled white sand beaches, alluring azure waters, acres of intoxicatingly sweet oranges, and a highly mobilized group of Republican politicians inhabit the fourth most populous state in the Union.  The GOP supposedly favors a limited government and states’ rights, and marijuana legalization complements nicely those positions.  Yet Senate President Don Gaetz, R-Niceville, and House Speaker Will Weatherford, R-Wesley Chapel are using their political weight to block a proposed constitutional amendment that would legalize medical marijuana in the Sunshine State in 2014.  The initiative by a group called United We Care would permit medical marijuana to be used to treat a wide number of illnesses including cancer, glaucoma and chronic pain.  Here are some clues as to what is really going on with the mixed priorities of the Republican Party.

Floridians should be able to decide what the law should be.  Despite their historically strong backing of states’ rights, “limited government” is a tertiary issue for some in the GOP today.  Senator Gaetz said, “…regardless of whether we personally support the proposed petition initiative, efforts to appeal to voters by using language that evokes emotional responses are not appropriate for ballot titles.”  There is no doubt if people made decisions based on compassion, humanity would greatly benefit. Empathy for others’ suffering is not a weakness but a colossal strength, Senator Gaetz.

Representative Weatherford and Senator Gaetz are making policy decisions by ignoring the facts.  Weatherford said if the amendment passes there would be “marijuana shops on every street corner.”  What Main Street U.S.A. are you reconnoitering, Representative Weatherford?  Medical marijuana in states where it is legal remains a highly regulated industry, and Florida would be no different.  Society has not collapsed in the 20 states plus D.C. where medical marijuana is legal: crime has not increased, American’s health has not been impaired and delinquent behavior is not on the rise.

Politicians without an MD designation after their name should not play doctor with people’s lives.  Cannabis has helped people with cancer, AIDS, neurological diseases and injuries, epilepsy, MS and numerous other conditions.  According to one recent study in The New England Journal of Medicine that surveyed nearly 1500 physicians, 76 percent of doctors worldwide would actually sign off on marijuana for medicinal use. So what are Republicans who want a limited government so miffed about?  Well, I’m glad you asked.

Politics.  Representative Weatherford, Senator Gaetz and Florida Attorney General Pam Bondi have strayed from the Republican manual they received on Day 1 of GOP orientation not because the legalization of medical marijuana is altogether bad.  No.  If the amendment makes it to the ballot, that will galvanize non-Republicans, such as liberals, independents, libertarians, and Democrats to go to the polls in the mid-term elections and vote.  Keeping the federal government out of state-approved measures has been a Republican Party talking point for decades. I would invite the GOP to return to their color-treated roots and not play politics with people’s lives.