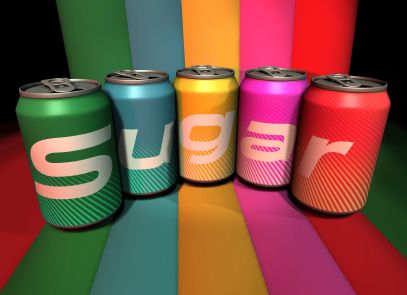 Salacious headlines often appear on gossip magazines that are too preposterous to believe such as “Woman gives birth to 18 pound baby” and “Aliens spotted antiquing in Arizona.”  But the latest out-of-this-world headline from The New York Post serves up a kernel of truth:  The CEO of New York City a.k.a. Mayor Michael Bloomberg will ban 16 ounce or larger sodas beginning March 12.  If you reside in one of the most cosmopolitan cities in the world, the government will demand you refrain from the same sugary confection your neighbor in Abilene, Texas swigs.  And that my friends is absurd.  A recent Quinnipiac University poll found 51% of New Yorkers oppose the tyrannous ban.  The measure infuriates me because the government has no right to tell Americans what to drink:  Government exists for the interests of the governed, not for the governors.

The New York City Department of Health and Mental Hygiene began sending brochures to restaurants, bars, movie theaters, and sports arenas that will be affected by the prohibition.  Restaurants will have nine months to comply with the limits before facing $200 fines.  Bloomberg is no stranger to the food ban craze—in fact, it has been part of his shtick for years.  He made New York the first city to sanction artificial trans fats such as margarine and processed vegetable oil.  He likewise introduced calorie counts at fast food joints.  However magnanimously conceived the beverage ban is, it will be a major headache for customers who have to juggle the multiple cans of soda they will be relegated to purchase in lieu of their cherished 16-ounce cup.

In an interview with MSNBC on May 31, 2012, Bloomberg explained the punitive public health ban was not meant to “take away anybody’s right to do things, we’re simply forcing you to understand that you have to make the conscious decision to go from one cup to another cup.”  And therein lies the implausible headline:  “Government Forces People To Drink Less Soda.”  Bloomberg might not have been forced to do many things in his life seeing as how he is the 10th richest person in America, but imposing his cockeyed plan upon New Yorkers is ridiculous, especially since soda sellers do not conceal their nutrition facts with gobbledygook language.  Coca-Cola Refreshments stated, “The people of New York City are much smarter than the New York City Health Department believes.  We are transparent with our consumers.  They can see exactly how many calories are in every beverage.”

In an article dated September 18, 2012, Forbes posed several questions all Americans are asking when it comes to the role government plays in people’s personal lives:  “Is it the role of government to force citizens to do or ‘understand’ anything? Where does this new anti-obesity tactic leave free thought, free will, and free choice?   Curl up to your computer with an extra-large Mountain Dew and read more about how Bloomberg has misdirected his boundless mayoral power…